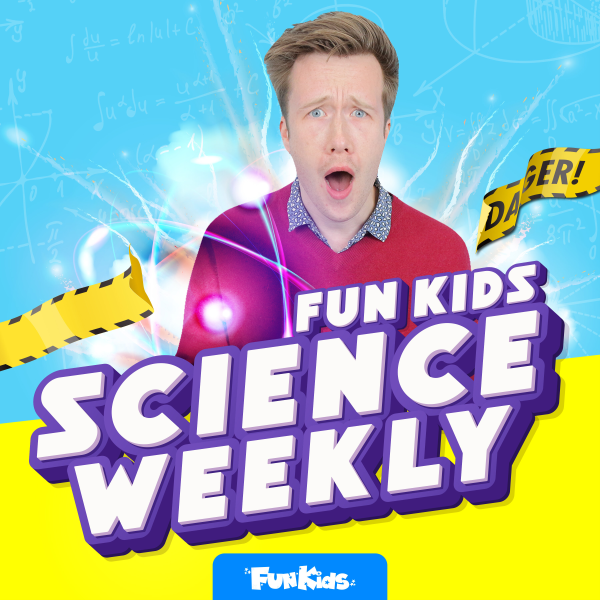 In the second part of the Science Weekly Chemistry Special, Dan hones in on precisely what makes an element, its history and its future – with the help of Chemistry experts of course!

In the first part of the Fun Kids Science Weekly Chemistry Specials, Dan speaks to Hannah McDonald of The Biochemical Society, explores chemistry in the news this week plus is joined by Kareena, our Fun Kids Chemistry Expert!

Dan is joined by Dan Green of Science + Nature Magazine to unpick the upcoming issue, which includes full moons affecting our behavior and mummification. Plus, he meets the snake responsible for most human deaths – the saw-scaled viper.

Being a human being is complicated! The way we act and think, and the things we do in our lives, can be affected in many different ways.  We’re finding out more with Dan in a sizzling new Science Weekly Special, as part of the ESRC Festival …

In this week’s episode, Dan’s chatting to Barry Fitzgerald, judge of the Young Imagineers competition, ahead of it closing, we’re learning about an evil stinging nettle that drives you mad, answering questions about eyes and vultures being sick, …

Dan speaks to Christopher Lloyd, author of ‘Humanimal’, about some surprising similarities between “us and them”. Plus, Dan finds out how slime is made plus answers your questions on light bulbs and rockets.

In this Pathology Special, Dan chats to experts Jo Morris and Guy Hammer, plus has features from Professor Hallux.

Decompression Sickness & Why We Need Wasps

Dan is joined by Dr. Gavin Broad of The Natural History Museum to get a close look at wasps and why they deserve more respect than we usually give them. Plus, Dan is going on a scuba-diving holiday – what danger should he look out for?

Dan speaks to Professor David Cole-Hamilton about the Earth’s helium shortage, and explores the almost unimaginable Stone Man Syndrome. Plus, he also chats to Hanna, another child inventor, who won the Dream Big, Princess competition.